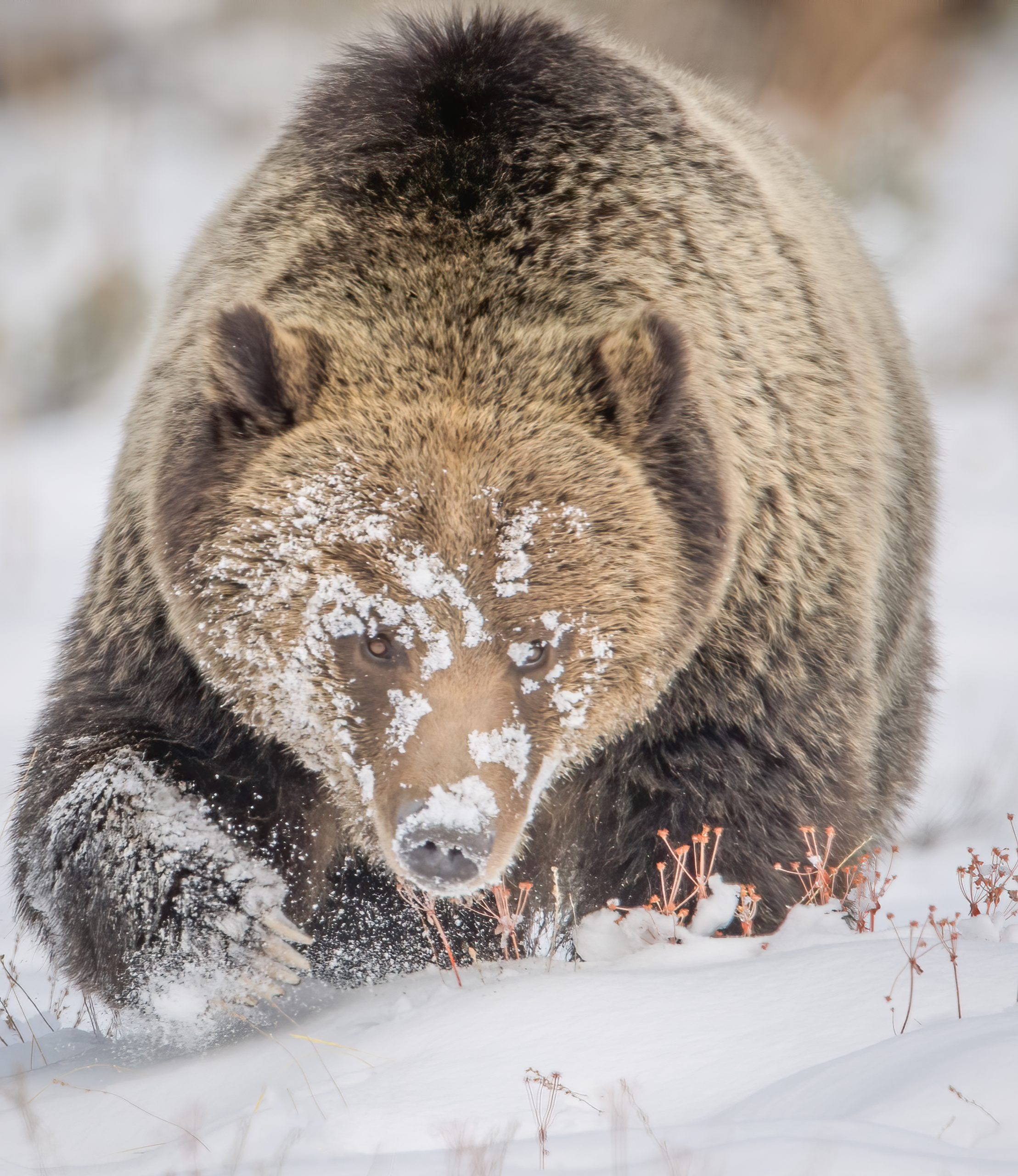 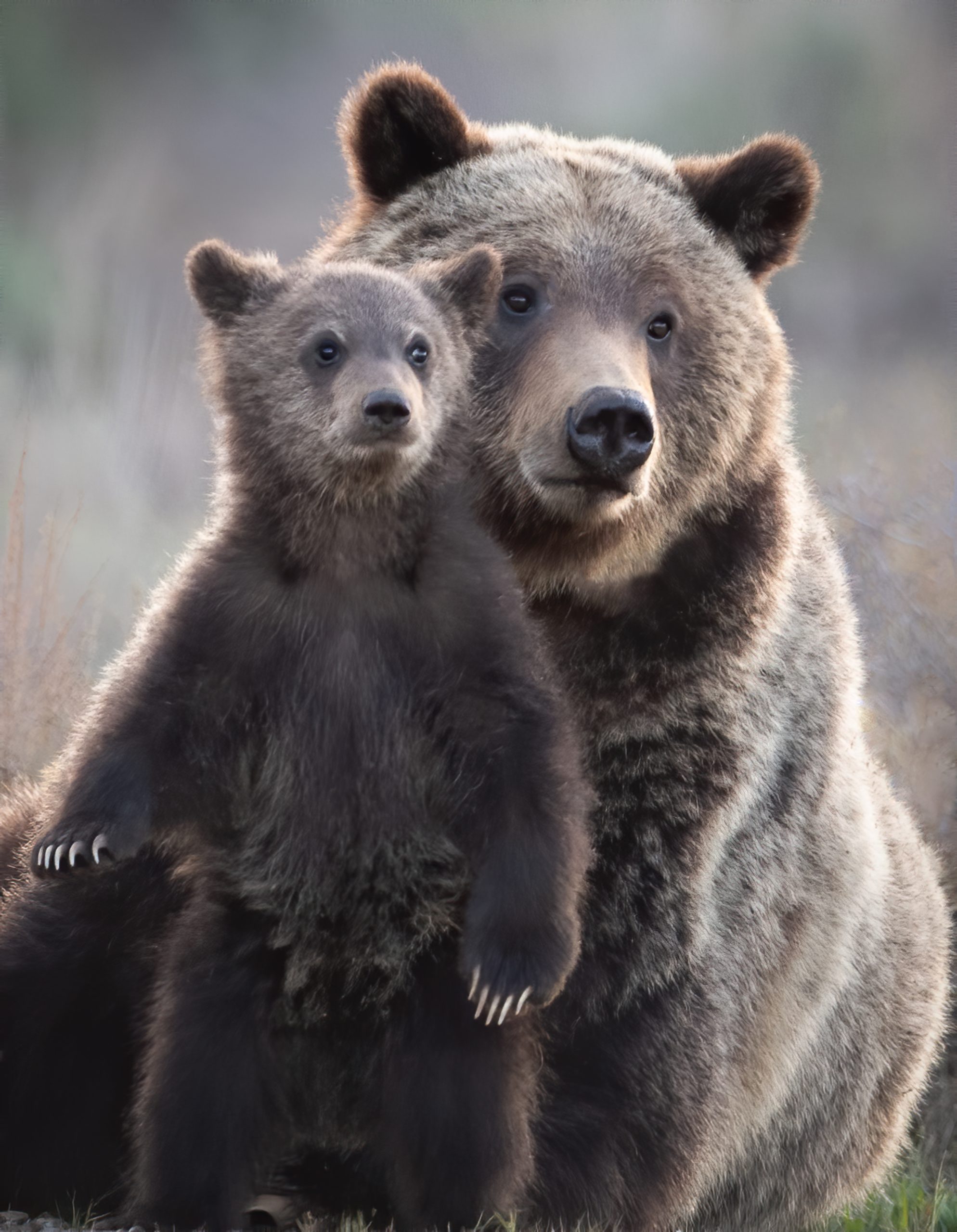 Don’t poke the bear is, of course, sage advice, but when it comes to the grizzly bear, there are plenty of other important things to know, for their safety and yours.

If you’re lucky, you will never meet a grizzly bear while skiing Big Sky. But then again, you just might. Every inch of Big Sky is grizzly habitat, and while the bears typically snooze all winter, if they smell a carcass or the region sees a rapid warm-up in March, they won’t hesitate to explore.

Grizzly bears are part of the North American brown bear family and picked up their familiar nickname when Lewis and Clark first encountered them. “They gave them that name due to their grizzled fur,” says bear biologist Chuck Bartlebaugh, director of Missoula’s Be Bear Aware Campaign.

Thus began a 100-year period of unregulated hunting, reducing the bears’ range by 98 percent. In 1975, the U.S. Fish and Wildlife Service added the grizzly to the “threatened” list under the Endangered Species Act.

Today, it’s up to us to respect the bears’ boundaries, which in winter includes staying away from their dens. Bedding down for the winter, or hibernation, is a habit that helps bears conserve energy when food supply is scarce. Grizzlies spend up to a week building their dens, which generally change location from year to year. They create an entrance, a tunnel to the den, and the den itself. The sprawling nature of these winter homes protects the bears from suffocation, and while hibernating, their respiration slows as well, so oxygen needs are lower.

“They don’t sleep the whole time, but they don’t need to eat, drink, urinate, or defecate,” says interdisciplinary scientist Hannah Jaicks. As they prepare for this season of rest, grizzlies essentially stuff themselves silly to add a layer of fat, a process known as hyperphagia. Female grizzlies also give birth during hibernation, typically around January or February. The cubs don’t hibernate, but rather stay next to their mothers, nursing until sow and cubs emerge in the spring to look for food.

Whether during hibernation or any other time of the year, if you live in grizzly territory, be prepared for encounters. “Practice situational awareness,” recommends Jaicks. “If you see birds circling, or smell carcasses, know they could be nearby. Always have bear spray at the ready and practice using it. Grizzlies can move at 40 miles per hour and at that speed, covering the distance to you is nothing.”

Yes, grizzlies can really move—but they aren’t just sprinters. “Grizzlies roam upwards of 20 to 40 miles each day,” says Jaicks. “Much of this is dependent on weather, other bears, food, and, of course, people, roads, and towns.”

As to their senses, understand that while the thinking is grizzlies have poor eyesight, they more than make up for it with their keen sense of smell. If you encounter a grizzly, says Jaicks, “Make a lot of noise and bunch together as a group so that you appear as one large creature. Deceiving their poor eyesight is critical to remember. And don’t run, because they can certainly detect movement and that will trigger their predatory instincts. If they do charge, dispel your bear spray from about 35 yards away, and if you’re knocked down, put your hands over your neck